The Principal is cloned and sends the player to detention for being in school after-hours.

You've snuck in school after hours! Surely Principal of the Things will be after you. Use dirty chalk erasers, lockers, and your map to avoid being seen and collect 7 notebooks.

Stealthy Challenge is one of the challenges in Baldi's Basics Plus.

In this challenge, there are 6 Principal of the Thing clones wandering around the Super Schoolhouse, and Baldi will stay in the Principal's office. At the beginning, the player will have their inventory full of Dirty Chalk Erasers. All items in the school are filled with Dirty Chalk Erasers and Energy Flavored Zesty Bars.

The player needs to check their map, hide in the blue lockers and use Dirty Chalk Erasers to avoid being seen by any of Principal of the Things. If any of them see the player, they will begin chasing after them immediately as they are sneaking into Super Schoolhouse after-hours.

Baldi is not a threat unless the player is sent to detention because he will always be waiting for them in the Principal's office and since there is no door to this location, there is no way to escape.

In the map screen, Principal of the Things are marked as gray arrows ( 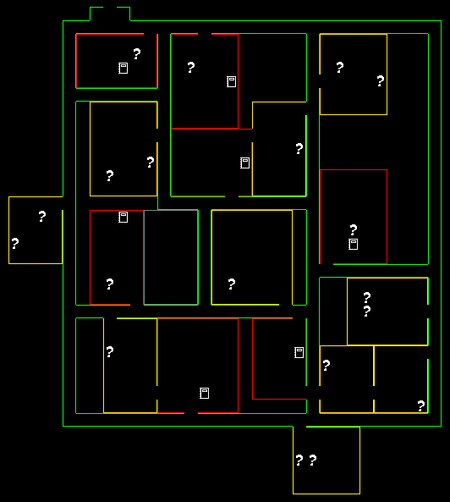 The window with the wall lacking texture.

The clear mask as seen in Baldi's Basics Plus.

A window with the gray colored wall texture.