Baldi's Basics Press Kit is an information document on the Basically, Games! website talking about the features planned in Baldi's Basics Plus and also comparing it to Baldi's Basics Classic. It has screenshots comparing the games, along with downloadable logos and promotional material.

Baldi's Basics™ Plus is a survival horror roguelite that parodies cheap 90's edutainment and never takes itself too seriously. Player's will encounter strange characters, find useful items, go on field trips and more as they explore Baldi's schoolhouse, and as they explore the game itself, they'll start to realize it is not what it seems...

Mixing strategy with chaos, Baldi's Basics plays like no other game, with constant surprises often throwing players' plans for a loop. Strategizing is key, but knowing how to best revise those strategies as situations change is even more important! As player's learn the ins-and-outs of every character, item, event, and more, they'll be able to make better plans, come up with the best strategies, and escape the most dangerous situations!

This is the full version of the game, which is still in development. Building off the core ideas of the original game, this version will seem very similar at first glance, but it actually has a lot more going on.

Baldi's Basics Plus is a survival horror roguelite that parodies cheap 90's edutainment and never takes itself too seriously. To beat the game, players will have to complete a series of increasingly challenging randomly generated levels. They'll be chased by Baldi, find a variety of items, encounter many strange characters, experience crazy game altering random events, go on field trips to win items, and as they get closer to the ending, discover that this game is not quite what it seems... Run out of lives, and you'll have to start from the beginning.

The original version of the game that was created in two weeks for the 2018 Meta Game Jam. In this game, players have to collect seven notebooks and escape the school, all while avoiding Baldi. There are many useful items scattered around the school that players can use to their advantage. There are also many other characters wandering the school who can help or hinder the player depending on the situation. Baldi himself is the only character who can end the player's game however, and he has a few tricks up his sleeve. Mainly, he gets faster every time a player collects a notebook, and he can hear many of the player's actions, giving him an idea of where the player is.

This version received occasional updates adding new features, bug fixes, and improvements for about a year after release. 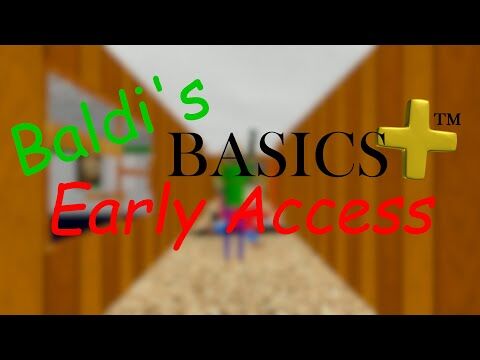 A Fake Edutainment Game Is Now A YouTube Hit

Baldi’s Basics is becoming a full game and a brand...

'Baldi's Basics' Enters the Toy Department with Collectibles from PhatMojo

Weekly PC download charts: What is ‘Baldi’s Basics in Education and Learning’?

Baldi's Basics in Development: An interview with the developer of one of 2018's biggest games

How Baldi's Basics taps into the real horror of '90s edutainment

Raised over $60,000 on Kickstarter to fund the creation of a full game

Baldi's Basics in Education and Learning has reached over 5 million downloads on Itch.io

On March 31, 2018, Micah McGonigal released Baldi's Basics in Education and Learning on Itch.io as an entry to the 2018 Meta Game Jam. Shortly after, the game unexpectedly became a huge success and Micah took the opportunity to organize Basically Games, LLC. Shortly after, he ran a successful Kickstarter campaign to fund the creation of a full version of Baldi's Basics. This not only kickstarted the development of that project, but also Basically Games and all future products it creates. 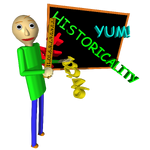