The map is a mechanic command for Baldi's Basics Plus, used to find items, look for locations and notebooks, look out for obstacles, or when feeling lost.

To reveal the quick map, press and hold the "Quick map" action key (Tab by default). To show the advanced map, press the "Advanced Map" action on the keyboard (M by default). This will show a You Can Think Pad with a full map to look around. Pressing the "Strafe right/left" (D and A by default) action keys will scroll the map horizontally and the "Move forward/backward" (W and S by default) action keys will scroll it vertically. Pressing "Q" will zoom out the map and pressing "E" will zoom in the map. These controls can be changed on the control mapper, but the controls for zooming in and out of the advanced map cannot be changed.

The map will only be filled when the player accesses a new location except in Challenge Mode and when buying a fully-filled map in Johnny's Store.

Note: Maps for Hide-and-Seek, Explorer Mode, and the Random option in Endless Mode are generated randomly. 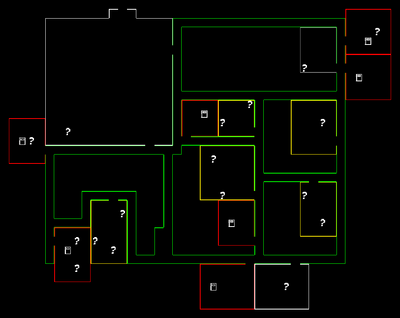 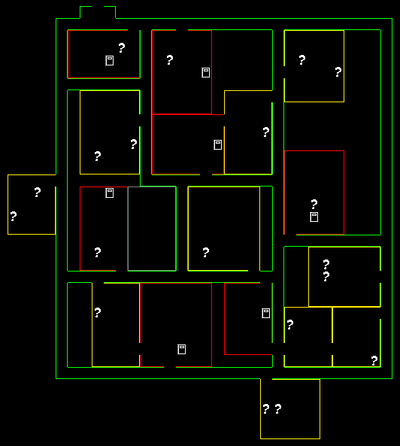 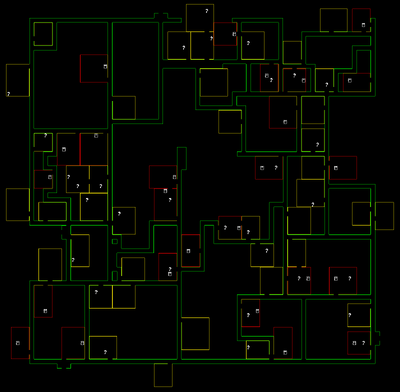 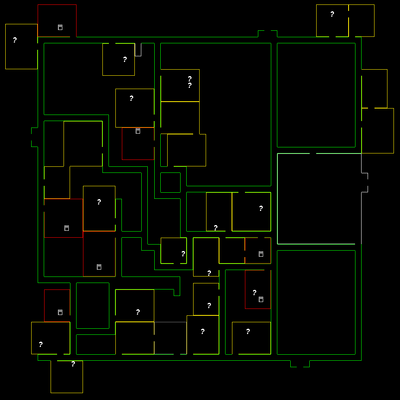 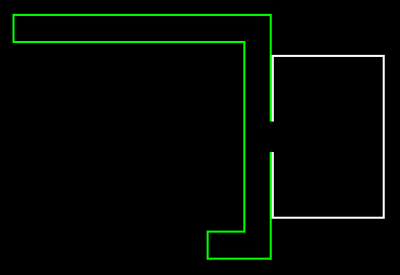 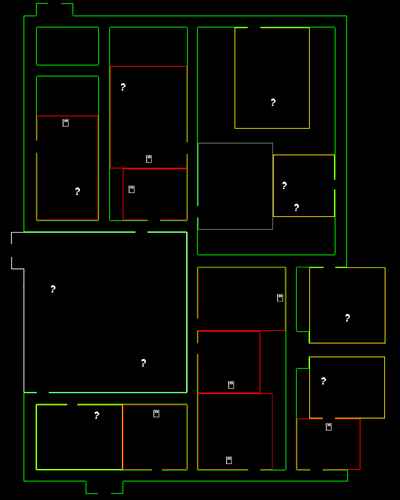 Note: These maps are unofficial, since there is no map feature in Classic/Birthday Bash.
Schoolhouse 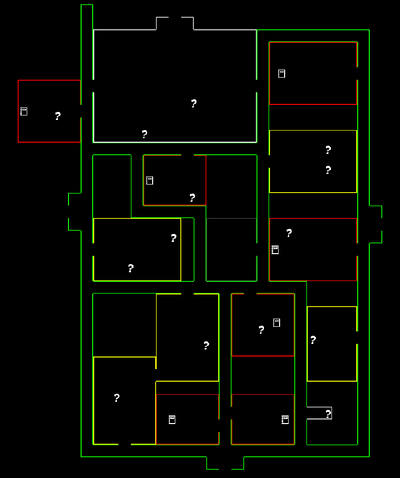 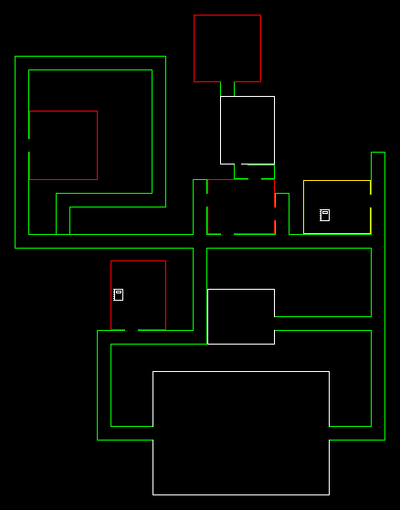 The layout of the You Can Think Pad to show the advanced map.