Game over happens in the Baldi's Basics series when Baldi catches the player in the Schoolhouse or the player runs out of lives in the Super Schoolhouse.

When the player gets caught by Baldi, the game will take them back to the elevator, making them try the floor they are currently in again. Along with that, they will lose a tube that represents a life. If no tubes are left, the game brings the player back to the main menu screen. However, in field trips, when the player loses all three stars in field trips of Hide-and-Seek and Explorer Mode, a chalkboard will pop up, saying "You lost?! Try better next time!", and after left-clicking, they will be sent back to the Super Schoolhouse. Prior to V0.3, the player would be sent back when Baldi caught them and all of the items in their inventory were lost.

The player only has one life, but instead of leading to the main menu screen, the game will display a screen for the results.

The player only has one life and they will be sent to the main menu screen when caught by Baldi.

There are a total of 6 images for the game over screen, unlike in Baldi's Basics Plus, which has no specific game over screen. A random image will display when Baldi catches the player before sending them back to the menu screen; a blue fidget spinner, a glasses case, pink scissors, a telescope, and a music box.

There is a 1 in 99 (1.01%) chance that a small, orange rectangle with the number "99" half-cropped away to look like a pair of eyeballs will appear after Baldi catches the player. After a couple of seconds, a jump-scare will occur with the half cropped away 99 box now in a reddish hue appearing close to the screen along with loud distorted noises (called "ohno.wav" in the asset files). The game crashes five seconds after the jump-scare.

All of the objects seen in the game over screens are not dithered, unlike most of the others in the rest of the game, except for the half cropped 99 box.

Same as in Baldi's Basics Classic, except all game over screens except for the 99 one will rarely have a red-colored jump-scare before causing the game to crash like the cropped 99 box, except with a different audio.

There is also no life system, but instead, the game will bring the player to the Kickstarter information screen.

There is no life system, and they will immediately go back to the title screen. 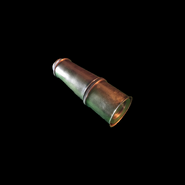 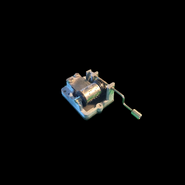 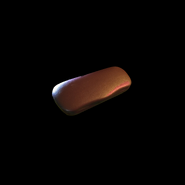 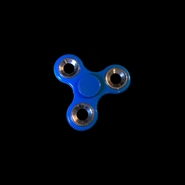 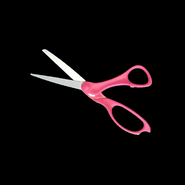 A pair of pink scissors, vaguely resembling the Safety Scissors. 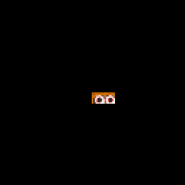 A rectangle with the number "99" cropped in half, cropped to the circles to resemble staring eyes.