Water floods the Super Schoolhouse due to a leak. Whirlpools appear to teleport the player or other characters to a random location.

All characters (except for It's a Bully and Chalkles)

Looks like the leak is leaking again. Watch out for the whirlpools!

Flood is one of the random events in Baldi's Basics Plus.

Currently, the event only occurs on floor 2. The cause of the halls and rooms flooding seems to be a leak, based on the event's description. The whole school is flooded, causing all of the characters to move slower. During this event, all standard doors will stay open, which makes it easier for the player to enter classrooms, faculty rooms, the Principal's office, or Gotta Sweep's closet without directly opening the doors to draw Baldi's attention, escape detention without using the Principal's Keys, and get out of a classroom when Chalkles becomes solid.

Other characters except for It's a Bully and Chalkles can also get sucked up and teleported by the whirlpools as well. 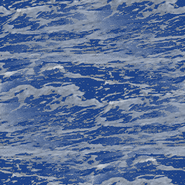 A texture for the water. 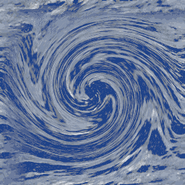 A texture for the whirlpool. This texture spins around.

The flood event in the Baldi's Basics Plus early access screenshot.

Baldi Drowns
A glitch where Baldi goes upside down in a whirlpool, seen on mystman12's Twitter.

The flood event in the Full Game Early Demo's screenshot.

The flood event in the Development Build's screenshot.

The flood event in the Baldi's Basics Plus alpha screenshot.