A gallery of images (textures or sprites) that were either unused or removed in later update patches of the Baldi's Basics game series.

In the intro, the splash images for the Unity engine, mystman12's original logo, and Meta Game Jam 2018 were featured in Baldi's Basics Classic. Upon the release of update V1.4, all of these were removed.

In the Baldi's Basics Plus asset files, there is an unused MPTK logo.

In the game files, since Full Game Early Demo, there is a series of same-sized random images in the following order: C64, Calibration-Color, Calibration-Screen, Cherry, Paris, Leaves, and Coffee. The images are actually from a CRT filter in Unity that mystman12 used for a while which in itself became cut from the final release.[1]

There is an unused animation of Baldi being disappointed in his farm outfit that would have been used when the player brings the incorrect animal into the barn or runs out of time. It was scrapped likely because it would require Baldi to stay on the screen, which would cover some parts of the maze. There were also sprites that were removed in Baldi's Basics Plus V0.3: Baldi slapping his ruler in his camping outfit, Baldi slapping his ruler in his farm outfit and Baldi dabbing in the old Baldi's Basics Plus ending.

Baldi being disappointed in his farm outfit.

Baldi slapping his ruler in his camping outfit.

Baldi slapping his ruler in his farm outfit.

In the game files, there is an elevator texture that shows that there are no lives left that has yet to be used. It is unused likely because the player cannot continue the game when they have run out of lives.

Ditto, but prior to Baldi's Basics Plus V0.2.

There were several field trip objects that were removed in Baldi's Basics Plus V0.3 due to the revamping.

There were bear traps that would stun certain characters, a "NO" sign found in deeper areas and trees.

There were also skybox textures exclusively used on the old camping field trip. 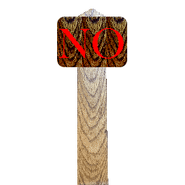 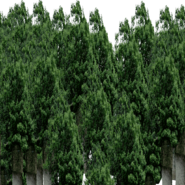 A group of trees as the boundary. 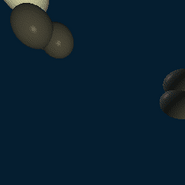 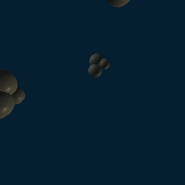 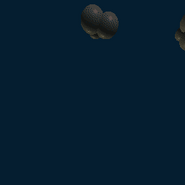 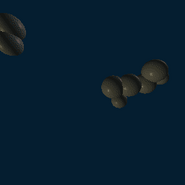 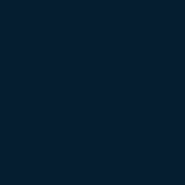 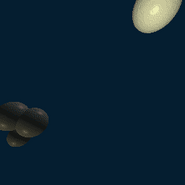 There were a flag that the player would need to reach to complete the field trip, poorly-drawn signs that said "More weird corn maze signs to come! -Baldi" and the old corn plant and tile ground texture. 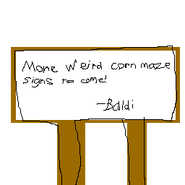 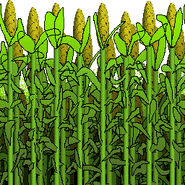 The former corn texture as a wall.

There are two unused face images: "Badli" head seen in this image and an ancient photo of mystman12's head smiling.

There are three unused placeholder wall textures for the debug room. 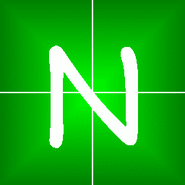 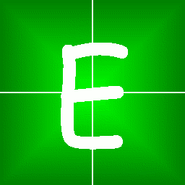 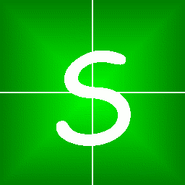