A cloud who loves being a cloud doing cloudy things. Floats around and blows strong winds down halls.

Cloudy Copter is a cloud-like character in Baldi's Basics Plus.

Cloudy Copter is a poorly-modeled, levitating white cloud object with a shape vaguely resembling a helicopter, hence his name.[1] He has two round eyes each sporting some black dots as pupils, and a rat-like mouth with six whiskers, which are based on wind effects.[2]

According to his description from the Principal's office, Cloudy Copter merely enjoys being a cloud doing "cloudy things". This might mean that he likes imitating a cloud while he is not exactly a cloud.

Cloudy Copter roams around the hallways, and eventually, Cloudy Copter will stop and blow strong wind down a hallway for 10 to 30 seconds. Depending on the direction, the wind will make the player or other characters (excluding It's a Bully and Chalkles) move slower or faster. The wind works similar to the conveyor belt, but any character who can ignore the conveyor belt can also be affected by it.

Sometimes he can be more helpful to the player, as the wind gives the player a much faster speed, or slows down NPCs such as Baldi. It can also be used on interrupting Playtime's jump rope minigame, but it does not work if only Playtime is pushed by the wind.

While Cloudy Copter is blowing wind, he stops if he is being swept by Gotta Sweep or sprayed by a BSODA. The Big Ol' Boots item will allow the player to pass through Cloudy Copter's strong winds at a normal speed. 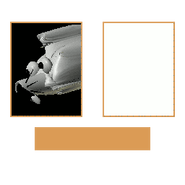 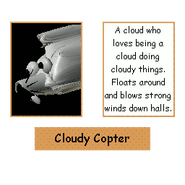 Wind texture when Cloudy Copter is blowing in Super Schoolhouse.

Cloudy Copter in the teaser screenshot for the Kickstarter Exclusive Demo's pre-release.

Cloudy Copter during the flood event.

Cloudy Copter, along with half of the cast, in the "Thank you!" image after the game's Kickstarter page was funded. 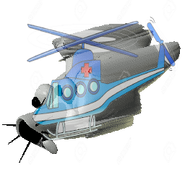 mystman12's comparison of Cloudy Copter to a helicopter on Twitter.